I discovered qigong seriously 2004 when my father became ill and I and my sister went with him on qigong courses in the following year. I saw then what impact the training had on my father, especially mentally, in connection with that he had had a serious cancer diagnosis. My father never got well, but Qigong training increased his quality of life while he was alive. I myself had been given the opportunity to become familiar with Zhineng Qigong and I did not let go of it. The method has actively followed me through life since. Through the years, training has given me invaluable assistance in relation to various health problems and my life in general. I practise mainly at home, one to two times per day. In addition, I participate in several weekend courses, a winter course and three summer courses so far.

Here are some of the improvements Qigong training has helped me with through the years:

Been burned out and has now normal energy level

In 2001, I became known as a burned out of the job. I was sick for about a year and then began to work. However, I was not really my true self, the energy was low. I worked a little bit and was still exhausted every weekend. Everything was about to rest and so it was for several years. By meeting with qigong, I noticed that it gave me renewed energy. So I clung to the training, which probably also increased in quality the more the years passed. It has taken me many years but I would say that today I have a normal level of energy. Something that is very important for my social life and the feeling of participating in the world. For the first time in twelve years have I applied to go up in time at my work.

Nerve pain in the tooth disappeared

On my first summer course 2014, I came to the course with extreme toothache. There were problems with the nerves during a dental crown that I was sitting in a little earlier. I was first thinking about canceling the course but still decided to go. During the course the pain under the tooth was awful. The pain spread throughout the mouth but when the last day came, I was suddenly painless. Since then I have not at all had problems with the tooth. 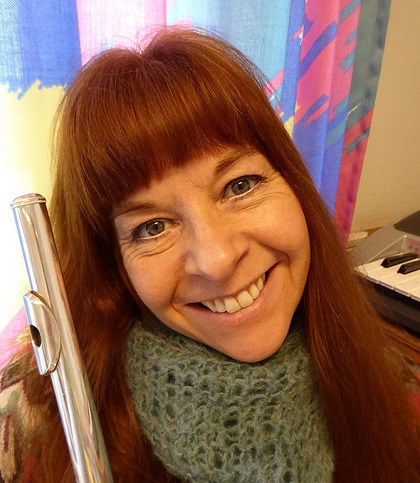 When I arrived at this year’s summer course, I had a ½ centimeters long outgrowth of the skin that sat in the groin. It had been about three months earlier and was quite annoying. I had thought that I would go to the doctor and ask him to take out the knife, but the 4th day of the course the outgrowth disappeared throughout!

Back from sick leave due to neck pain

I am a flute teacher and has played the flute for almost forty years. It gives an inappropriate and static posture and 2013, said my neck stop. I became sick leave, went with cervical collar and had much pain. Everything was about when I got the next opportunity to lie down and rest. The physiotherapist said that I was finished as a flute teacher, I need to find another profession. However, I noticed that Qigong I could work out no matter how bad I was. When I trained, it was like the body rested despite all my tension and pain. I could have really hurt all day to late to feel pain during qigong training. I also received other treatment, but are absolutely sure that qigong is a strong contributing factor to today I still have the same job and it works great.

No longer suffer from IBS

I have had IBS (irritable bowel syndrome), something I did in 2014. I became seriously ill, bore almost no food, and went down a lot of weight. Today, I am almost symptom free and can eat the most without getting in trouble.

Stress I have been very troubled by. I generally have high levels of stress and it is easy to “boil” in my head. At that point, qigong has been of invaluable help. I’m much calmer than before and if I get stressed out, I know I can quickly come to rest with the help of la Qi or Hold Qi up. Moderate stress for a long time is very unhealthy, so this is something I’m really glad that I have found a remedy.

Better focus and ability to be present in my own life

Focus is important. It means to be where you are, in the present, and be able to bring in the people you have in front of you. And for me it applies, inter alia, my flute students. I have a completely different focus by qigong. I’m incredibly happy that I can now rejoice in the moment in a different way than before. I think that’s the main thing Qigong training has given me. It is only now available and if we do not manage to live here and now, we really miss life itself. I think of qigong as a daily free zone. When I ask myself to stand on the floor to do my practise, I know that I get to come “home” to myself, to the point where I fall to the quiet of my own body. Turns out the worries and calms the mind. With peace also comes perspective and overview.

Trust that qigong could affect my health and quality of life

Qigong is no free way to health. It may seem like hard work and getting results can take short or long time, but they always come! You just have to be patient and not lose sight of the goal. And of course the training should be followed up by a healthy living in general. I have faith that if I would get new health problems, I will be able to take on even those with qigong training. It feels good to be able to live with the confidence that I can affect my own health and quality of life!