My name is Björn Bohlin and this year I will be fifty. I have practised Zhineng Qigong since December, 1995. My first Summer Course was in Åland 1996 and since then the training and also the work with Qigong has been an important part of my life.

In March, 2003 The Gothenburg Symphonic Orchestra, of which I am a member, was on a tour in Germany. We had performed concerts in Frankfurt and in the following morning I was practising Qigong together with some other musicians. Then I had breakfast and I went upstairs to my room to pack my suitcase. In the middle of the packing I had a stroke, a blood clot which travelled in the wrong direction through the heart, lodging in the brain’s centre of speech. My ability to talk and write was taken out. My head was completely clear as well as the rest of my body, but words just did not exist.

After some time I also found other symptoms such as fatigue, hypersensitivity to noise, light, stress and I had poor recall – especially when under stress – as well as poor powers of concentration. I was diagnosed with cerebral thrombosis and I spent six days on tests at a hospital in Karlsrüe before being transported back home to the Sahlgrenska Hospital. I was on anti-coagulants. There was a risk of epileptic attacks. I was informed that I have a hereditary high tendency for blood coagulation (apa resistance) and a cavity between the chambers of the heart (Foramen Ovale). I was examined by Peter Eriksson at the GUCH-ward at Östra Sjukhuset and later that Autumn I went through so-called umbrella surgery in which the heart is operated on through a vein in the groin. Then I became a Waran patient with frequent blood check-ups. Six months after the operation they found that the heart no longer was leaking and I stopped taking Waran, and these days I am no longer on any drug treatment. I eat a lot of raw onion in order to balance the blood.

Already at the hospital in Karlsrüe I noticed that my memory of music and musical instruments was intact and that was the most important thing to keep my calm. After a couple of days I found that my words and the written language was gradually returning. It was hard to find opportunities for Qigong training in Karlsrüe but rest, relaxation and La Qi made me calm when the outside world and my family was stressful and worried.

The 2003 Summer Course was incredibly important to me. Su Dongyue recommended that I practise a lot of Hold Qi Up which that I did, as well as a lot of arm training.

In the Autumn of 2003 I joined a rehabilitation program which included an extensive check-up on my working capacity, powers of concentration, co-ordination ability, reaction speed etc. The team who worked with me knew about my Qigong training and they were surprised at my quick recovery.

In November, 2003 I started to play again and that December I tried playing in the orchestra. I worked half time throughout 2004 and since the turn of the year I have been working full time. In 18 months I have fully recovered my professional capacity as a musician. I find that my total recovery is 95 percent. 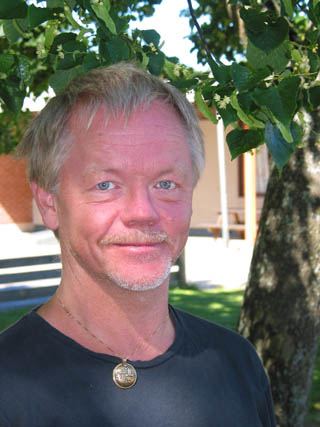 What remains is something I notice when I am under stress. When there is too much happening around me I may lose words or figures, not to mention names! But in some ways I feel stronger today.

Looking back, I find that Qigong is a wonderful tool for me to keep my calm, help me accept things and in so doing open up opportunities when life is in turmoil. The realization that things could have gone really bad makes you very humble.

My thoughts about my own life, my dreams and ambitions have changed. Now I do not want to do things which do not give me more energy and joy. Life is too precious not to be respected and part of the respect of my own life is definitely my continued Qigong training.